Niemes Elementary offers parents with a voluntary educational option for their children. Please note the enrollment process to sign-up for this program.
Elementary students must begin this program in Kindergarten.  The only exceptions made are for students entering our district from a Spanish-speaking country, students transferring from an Immersion Program, or Fluent Spanish speakers. Students entering in 1st grade or later will be assessed to determine the best program placement and grade level assignment.

Program Goals
1. The Niemes Dual Language Immersion Program is helping prepare our children for their international world in which bilingualism will be vital to their business and social life.
2. All students learn second language without compromising their first language.
3. English speakers are exposed to Spanish at an early age – allowing them to attain native-like fluency in Spanish.
4. Spanish speakers build a strong base in their first language – enabling them to be successful in English.
5. Second language acquisition occurs naturally as students interact socially and learn from each other.
6. Language majority students (English Native speakers) develop higher levels of proficiency in a second language (Spanish) while making normal progress in their first language.
7. Both language groups will perform academically at their grade level developing positive attitude towards the two languages being learned and towards the communities they represent.
8. Students will participate in program from kindergarten through 6th grade.

Length of the Program
Research data indicate that students develop dual language proficiency in a minimum of four to six years (Lindholm, 1987). Parents who enroll their children in the Niemes Elementary Dual Language Immersion Program are strongly encouraged to make a commitment to participate through sixth grade.

Method of Instruction
In self-contained classrooms, a bilingual teacher plans and delivers instruction. Teachers may team-teach. Teachers engage students in active collaborative learning activities requiring responses in the target language. They do not use translation for comprehension. Instead, they use a variety of second language acquisition techniques to make language and content comprehensible for all students. Thematic and project-based instruction as well as increased hands-on classroom activities provide additional opportunities for students to use the target language. Students work cooperatively and become authentic language models for their peers. Homework and core classwork will be in Spanish during kinder through second grade. After a student transitions, homework in core areas will be in English.

Parent Involvement
The Niemes Elementary Dual Language Program is vigorous as our Educators have high expectations for Dual Language students. Parents are encouraged to actively participate in their child’s education, provide support with homework, and respect recommendations set-forth by Niemes Educators.
Brief Overview of the History of Dual Language Immersion Program
Language Immersion programs began as a pilot program in St. Lambert, Canada more than 30 years ago. Parents realized that their English-speaking children had to graduate with more than rudimentary French to succeed in a province that was becoming increasingly bilingual. By 1982, more than 75,000 English-speaking Canadian children were participating in immersion programs. Today immersion education is the rule rather than the exception in many parts of Canada.

Inspired by Canadian results, UCLA linguist Dr. Russell Campbell brought a Spanish-English version of the program to Culver City in 1972. Since the seventies, similar programs have been implemented in school districts across the United States. French, German, Arabic, Japanese, Russian, Chinese and Cantonese are target languages in immersion classrooms across the nation.

Evaluation studies of Spanish immersion programs in the United States, and French and other language immersion programs in Canada (Campbell, 1984; Genesse, 1985; Swain, 1984, Collier and Thomas, 1997) show that immersion education can be highly effective for both majority and ethnic/racial minority students. Students participating in Dual Language Immersion Programs usually demonstrate high levels of proficiency in the second language in addition to high academic achievement without any loss to the development of their English skills. Children who learn in two languages develop a “common Underlying Proficiency” which is transferable between language. Knowledge learned through one language paves the way for knowledge acquisition in the second language. Students who learn content in one language are able to demonstrate content knowledge in the second language once they acquire the language skills to express that knowledge (Cummins, 1987).
Research shows that the second language is best acquired by language minority students when their first language is firmly established (Hakuta & Gould, 1987), and that a second language is best developed by language majority children through immersion in that language (Genesee, 1985). It is felt that the immersion of English proficient students in non-English instruction is beneficial for their acquisition of true communicative proficiency in the second language. Their English language skills, meanwhile, develop unimpeded due to the dominance of English in their socio-cultural environment. For students learning English, instruction in their native language provides the necessary linguistic foundation for the later acquisition of English and the further development of full proficiency in both languages. In addition, students in the program achieve proficiency in academic subjects and cultivate a positive self-image and an understanding and appreciation of their own and other cultures.
ENROLLMENT
INFORMATION:
2023-2024
Immersion Program Interest Form
(Click here to submit online form & Assessment Appointment Preference)
https://forms.gle/xH1g7oppxZ5Y4iqPA

A pre-assessment will be administered in January & February to help determine the best placement for your child. Parents will be notified of student’s program placement by Mid-March. 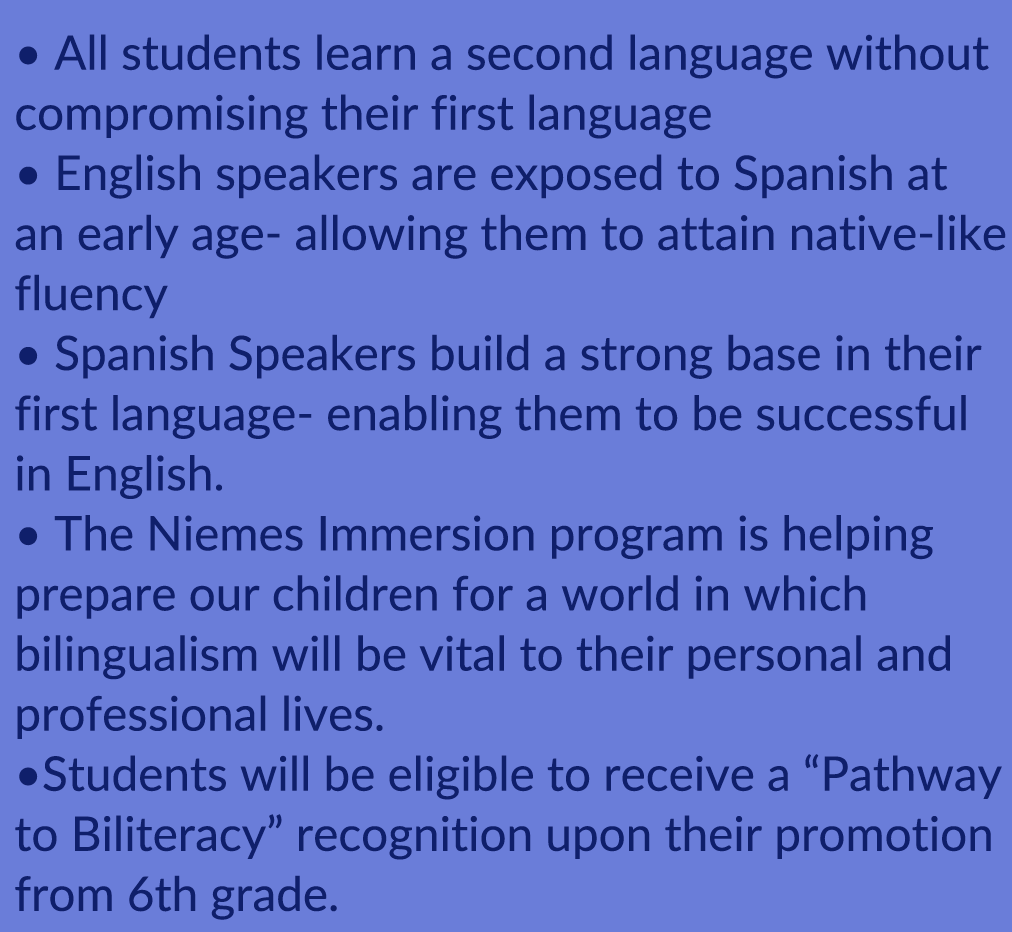 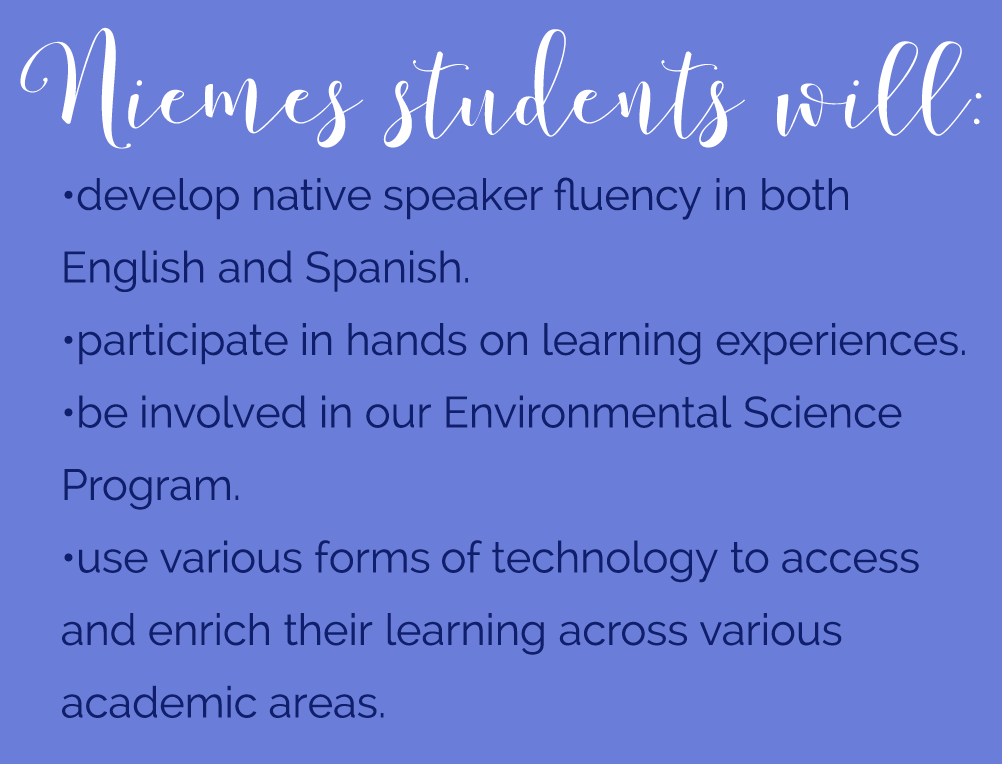 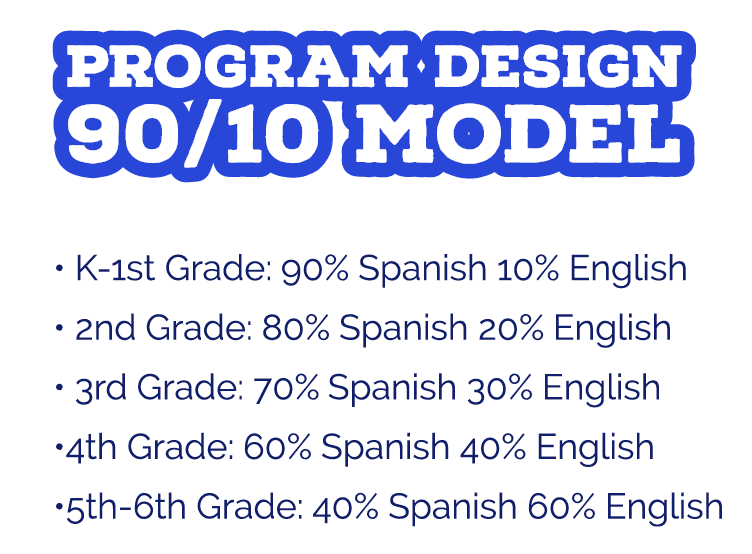 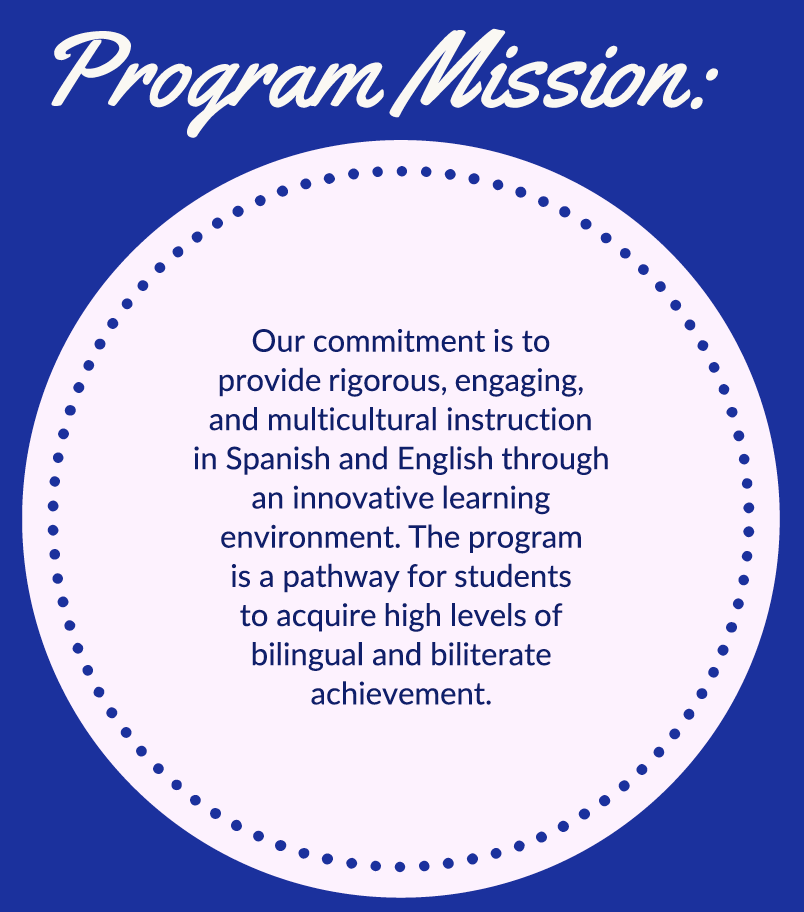 Pathway to the Seal of Biliteracy 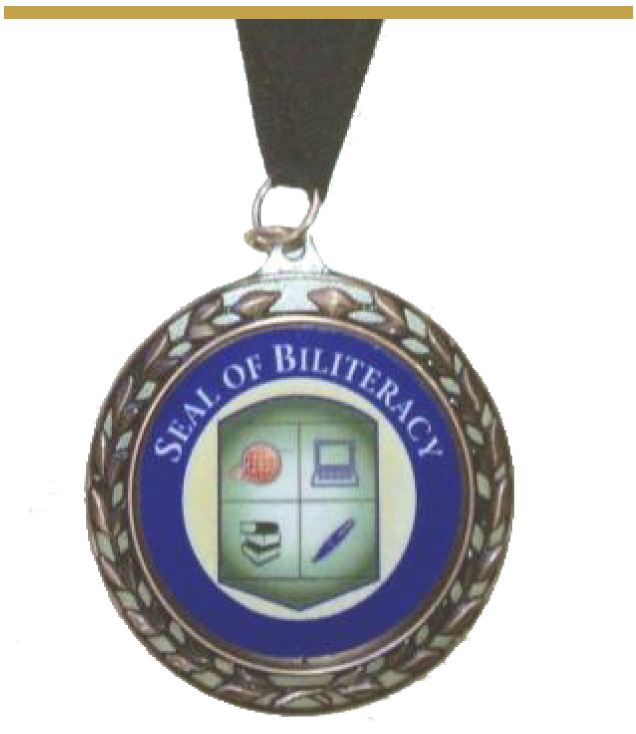